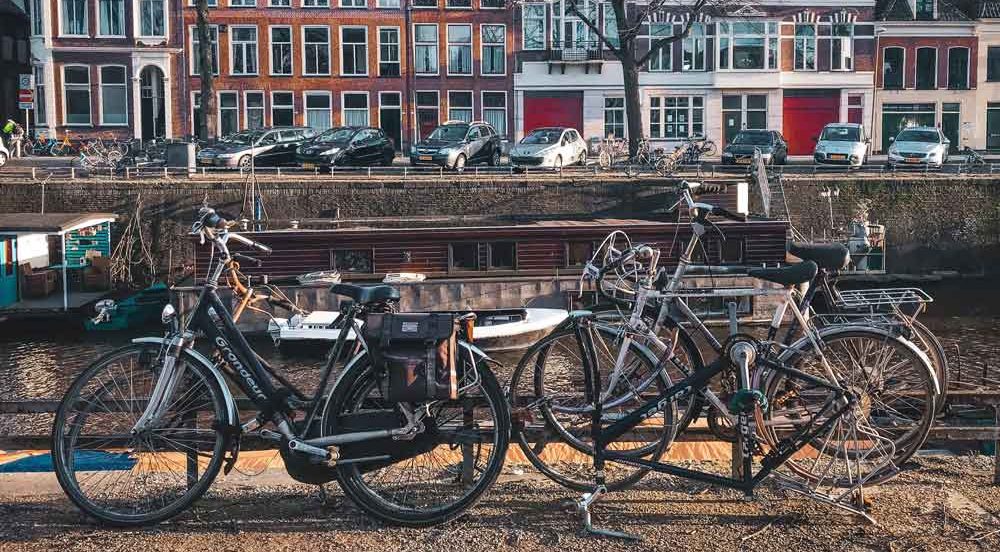 I never expected that I wouldn’t fit in anymore

‘It was like a case of mistaken identity or something,’ says Irishwoman Mary Queally (40), who moved in 2018 from Amsterdam back to the picturesque west coast of Ireland where she grew up, but soon felt an agonizing longing for The Netherlands.

“I never expected that I wouldn’t fit in anymore,” Mary said. But the return of a family of four to what she calls “another phase of my life” was far from the carefree youth she enjoyed by the sea. “It was very upsetting and there were a lot of disappointments … Everything seemed to go wrong. Because of all this stress and worry, I became anxious and depressed. “

The challenges of immigration are expected, but it may come as a surprise to find that getting home can be even more difficult. According to the University of California, Santa Barbara, “reverse culture shock,” the psychological stress experienced when trying to return to the culture you once belonged to, affects 85% of returnees.

The shock takes many forms, but a useful model is Craig Storti’s 1997 roller coaster ride, which goes through four stages:

Mary, for her part, was definitely critical of Ireland. Unlike the Netherlands, where she says “everything works very smoothly,” she was frustrated by the bureaucratic hurdles that prevented her from returning to Irish life. It turned out that getting car insurance, for example, was almost impossible, since the couple only had a Dutch driver’s license, and the lack of mobility and dependence on others was incomparable to the freedom of cycling infrastructure in the Netherlands, increasing her sense of isolation.

Iranian Pantea Parsapur (36) also missed the cycling culture when she returned home in 2012. “In Iran, women are prohibited from cycling, except in special parks that only women have access to,” she says. “So every time I wanted to go with friends or go to work, I had to use public transport, which is gender-segregated … There is less room for women than for men, so it’s cramped, crowded and not comfortable.’

After studying in Deventer and working in Amsterdam, where she had her own apartment and her own schedule, Panthea was unable to re-adapt to Iran’s restrictive culture. The requirement to return to their parents [common for unmarried women], dress modestly, and observe curfews ultimately led to depression. “My life got smaller and smaller, monotonous and boring,” she explains. Today, Panthea lives in Italy, although the Netherlands is still her favorite country.

British teacher Vicci-Lee Pearson (39), who lived in Haarlem for two years, also saw a change in her health during an ‘incredibly difficult’ repatriation experience which, she says, ‘disrupted my sense of self and cultural identity’ and left her feeling ‘misunderstood and trapped’. ‘I have had to work so much harder to stay as physically and mentally fit in the UK, ’she told. ‘In the Netherlands, I feel these are part of the fabric of life.’

With the reduction of paid leave from 25 to 10 days a year, the work-life balance has been skewed

For ramp worker Brian Hann (43), who returned to South Carolina in 2016, the large portion sizes in the US combined with his addiction to the car made him put on weight and – mentally – had a hard time doing it.

“I was depressed for several months,” he says. “I missed what was familiar to me in Holland.” With the reduction of paid leave from 25 to 10 days a year, the work-life balance has been skewed, and regarding medical system, (“don’t make me start over here”), he believes the Dutch have no idea how good they are. Brian was also stunned by the gun violence and racial division he saw on his return. “It was a shock for an African American to face this tension again,” he says.

Grief and loss of identity can be really hard

Kate Berger, child relocation psychologist and founder of the Expat Kids Club, is accustomed to working with young people like Emmett and Colin, and recommends setting the stage for discussion of the inherent issues of relocation as early as possible.

She says: “The difficulty with repatriation is the expectation that “I’m going back and I’m going to fit in and have a sense of belonging,” which is not necessarily the case, because you’ve been out doing all these things in the world and getting to know different cultures and ideas, but then you come back and realize that “I am not who I was”. Grief and loss of identity can be really hard.”

‘It was like a case of mistaken identity or something,’ says Irish Mary Queally, who moved in 2018 from Amsterdam back to the picturesque west coast of Ireland where she grew up, but soon felt an agonizing longing for The Netherlands.