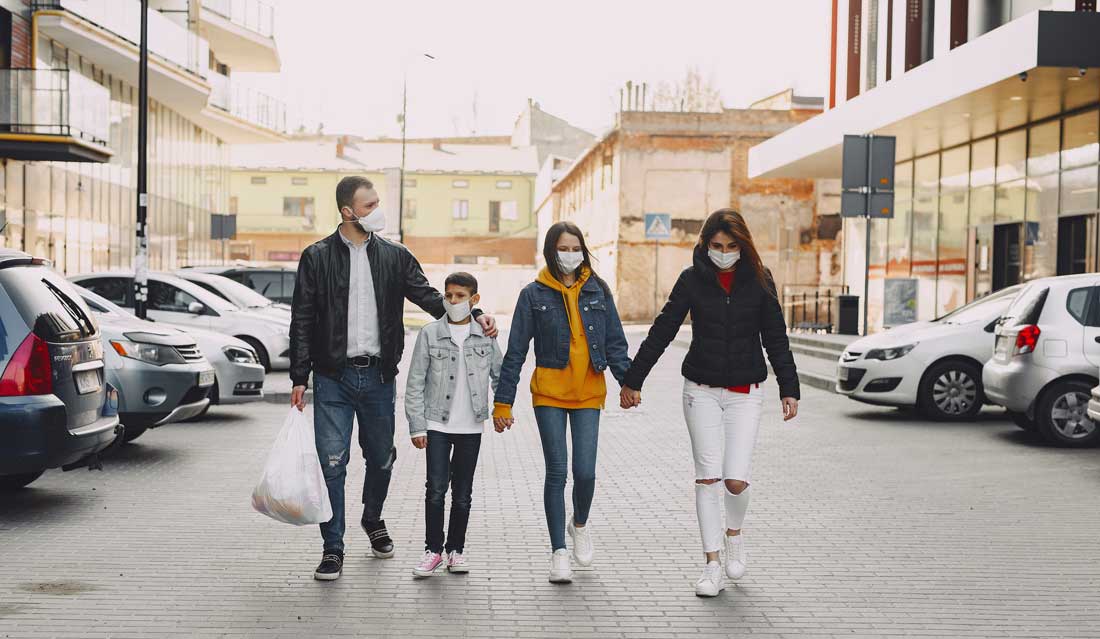 The mayors of Amsterdam, Rotterdam, The Hague and Eindhoven have called on people to start wearing face masks in stores and all public places after the government announced new coronavirus restrictions.

While Prime Minister Mark Rutte said at a press conference that supermarkets in Amsterdam, The Hague and Rotterdam will be asked to require shoppers to wear masks, Amsterdam Mayor Femke Halsema went even further in the evening by urging people to wear masks in all indoor public places.

Halsema was speaking on behalf of Rotterdam, The Hague and Eindhoven, said the recommendation to wear masks would apply in cafes, restaurants, museums, libraries and all government buildings.

‘We want it to be taken as read that you will wear a mask indoors in our regions,’ she said. However, the use of masks cannot be prescribed by law, and this recommendation is advisory in nature.

The move comes a month after Amsterdam and Rotterdam ended an experiment requiring people to wear masks in crowded places, including the capital’s red light district. The requirement was widely ignored despite the threat of a fine, and did not increase the likelihood of people staying 1.5 meters apart, as officials hoped.

The RIVM Public Health Institute is skeptical about how effective non-medical face masks are in preventing the spread of coronavirus in public places, and has consistently highlighted the importance of limiting the size of public gatherings and maintaining a distance of 1.5 meters.

Nearly half of UK companies warned their Brexit preparations were hit by the pandemic, as business leaders demanded a last-minute compromise to reach a trade deal and prevent chaos at the border.

At the start of a crucial week of negotiations, more than three quarters of businesses (77%) said they wanted the deal to be agreed, according to a study by the Confederation of British Industry. Only 4% of companies said they would rather opt out of the deal. Support for the deal rises to 86% among distribution companies and 83% among manufacturers.

There are mixed reports from Downing Street and Brussels about the likelihood of a deal. No 10 spoke of the possibility of an agreement after months of no progress, with the odds of a no-deal Brexit increasing significantly.

However, Brussels remains worried that Boris Johnson has no willingness to compromise on issues such as fisheries and government aid rules. The government’s refusal to withdraw the internal market bill, which threatens to “disapply” portions of the Northern Ireland protocol already agreed by both parties, remains a major obstacle.

EU chief negotiator Michel Barnier told ministers from the rest of the EU that there was a “more open atmosphere at the negotiating table”, but “substantial differences remain.”

Businesses are already struggling. The latest CBI growth indicator showed that private sector activity fell in the three months to September, but at a slower pace than last month: -23% versus -39%. Carolyn Fairbairn, CEO of CBI, pleaded: “Now must be the time for political leadership and the spirit of compromise to shine through on both sides. A deal can and must be made.”

Brexit: EU citizens in UK could be shut out of vital services

A lot can go wrong – technology outages, people unable to navigate the digital system and service providers unwilling to engage with it

Thousands of EU citizens could face challenges in accessing basic services because the government refuses to provide physical proof of their UK residency.

The settlement scheme grants EU citizens the right to remain in the UK after Brexit. Unlike other foreign citizens, they are not issued a biometric residence permit confirming their status.

Instead, they must access the online database of the Home Office every time they need to provide proof of eligibility.

The process, requiring applicants to have a smartphone and reliable internet access, is part of a government plan to phase out paper permits and digitize the entire immigration office.

But this means that those with established status and service providers must agree on a sequence of logins, emails and generic codes to prove their eligibility. And critics say problems with the online system could prevent them from getting jobs, housing and treatment.

“A lot can go wrong – technology outages, people unable to navigate the digital system and service providers unwilling to engage with it,” says Maike Bohn, a co-founder of the support group the3million, which is campaigning for a paper backup document while the digital system beds in.

“We don’t want a two-tier society developing in the UK: British and Non-EU citizens who can prove their right to work and access healthcare anytime, anywhere, simply by showing a physical card or passport – and EU citizens who cannot.”