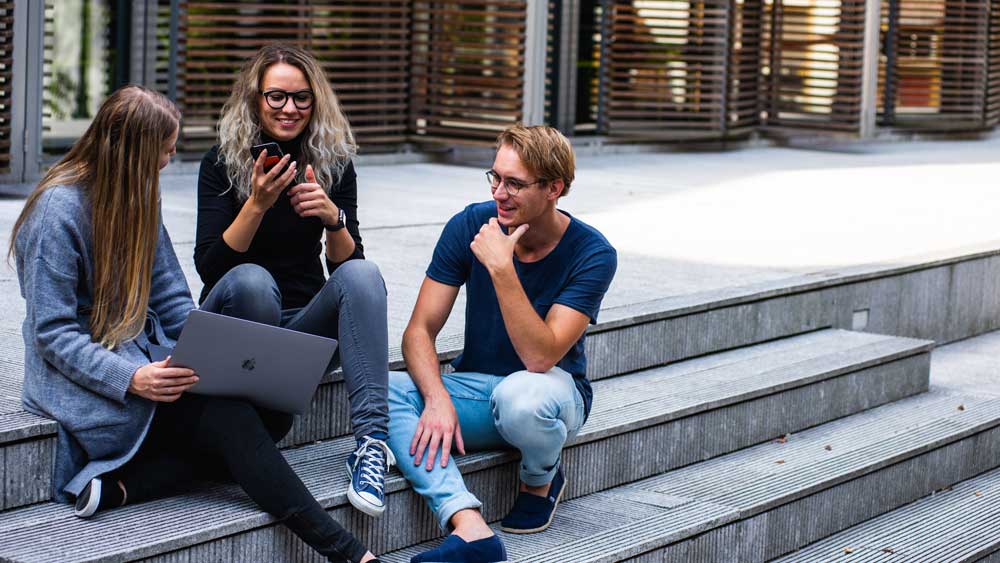 The amount of international students at Dutch universities is expected to rise by about 10% this year, following a sharp drop at the start of the pandemic.

The immigration service IND reported it had received 15,110 student visa applications from non-EU students by the end of July, up from 12,310 for the whole of 2020, as the number dropped 40%.

This is partly a result of UK students joining the ranks of non-EU students after Brexit, according to a report by the international educational organization Nuffic.

The largest number of applications came from China, India, USA, Turkey and Indonesia, while the most popular subjects for international students were economics and business, followed by social sciences, engineering, arts and culture.

While London is adapting to life after Brexit, the capital of the Netherlands – thanks to its reputation as a technology center – is gaining momentum and is becoming the new number one financial center in Europe.

As Brexit neared a reality in 2018, Tradeweb had few options other than expanding its European presence outside London. The American company was looking for a European hub that would offer a business environment similar to that of London. The Dutch capital was the obvious choice.

In January 2019, Tradeweb became the first overseas platform to receive Dutch regulatory approval for the management of commercial properties from Amsterdam, repeating its regulatory status in the UK. The company’s Amsterdam office is currently serving the liquidity needs of EU clients.

Tradeweb is not alone in its post-Brexit journey. Following the Brexit referendum, many fintech companies, including MarketAxess, Klana, Azimo and CurrencyCloud, have increased their presence in the Dutch capital by expanding their offices or relocating their European headquarters there. Many cite the favorable regulatory environment for fintech companies, which is still viewed by official players in other jurisdictions as an annoying destroyer, as the reason for their choice.

A talent pool and a reputation as a technology center with domestic success stories such as the Adyen payment service help Amsterdam too. Most people in the Netherlands are fluent in English and the talent pool has a lot of technological experience.

The Dutch capital is also making strides in other areas. In January of this year, Amsterdam Euronext overtook London to become the largest stock trading platform in Europe. Although temporary and largely symbolic given London’s dominance in other markets, the shift was called “irreversible” by Stephane Boujnah, Euronext CEO, in an interview to AFP.

Amsterdam is also gaining traction in euro-denominated interest rate swaps, a $ 135 trillion market, and was behind London as the leading listing venue in Europe in the first half of the year, with a € 3.2 billion IPO of Polish parcel company InPost. like a jewel in his crown. Many view the Canal City as a growing hub for niche but promising markets. Last February, the US Intercontinental Exchange was another blow to the city’s mojo as it moves EU carbon trading from London to its Amsterdam-based ICE Index, the world’s largest carbon exchange, due to the EU’s refusal to grant regulatory equivalence to the UK financial regulations.

The virus is not going away. You cannot keep the world under lock and key, and we have not fully acknowledged the importance of travel

The Netherlands is working on plans to increase travel outside Europe despite the coronavirus pandemic, the Telegraaf reported on Wednesday.

All minor travel outside the EU is currently discouraged, although the rules have been relaxed a bit for some people lately. However, most of the world remains the amber or red zone.

‘The virus is not going away. You cannot keep the world under lock and key, and we have not fully acknowledged the importance of travel,’ a foreign ministry spokesman told.

‘We understand the difficulties facing the travel sector and are looking for a solution… but the safety of travellers and the health of the Dutch has to be guaranteed.’

Tour groups have welcomed the apparent change in views, Telegraaf reported. ‘We have been calling for this for months,’ said Frank Oostdam, head of the ANVR travel industry lobby group.