During the pandemic, a lot of workers warned they would quit if employers forced them to return to the office. In March, global recruiting firm Robert Half published a study showing that 50% of US workers would rather quit than be forced back into the office full-time.

For example, in early May, one highly skilled worker, Apple’s machine learning director, Ian Goodfellow, resigned because of the Silicon Valley giant’s back-to-office policy. The company began returning workers for one day a week starting April 11, then for two days from May 2, and from May 23, the number of days required increased to three. Goodfellow did not agree with the plan – so he left.

But Goodfellow’s departure was not unexpected – at least among Apple employees. A recent survey of more than 650 Apple employees on third-party anonymous survey site Blind found that 76% of respondents were dissatisfied with the company’s plans to return to the office; 56% said they would consider leaving because of this.

Moreover, outside the company, some experts aren’t surprised either.

“I’m not at all surprised – in fact, I’m surprised it took this long for an executive at a high-profile company to quit over return-to-office”, says Anita Williams Woolley, associate professor of organisational behaviour and theory at Carnegie Mellon University’s Tepper School of Business, US. She says senior leaders at businesses she works with have all been “kind of watching each other to see who’s going to do what first, and what the reaction is going to be” to tapering off remote work. Now, they’re getting the reaction.”

Goodfellow is just one very clear example of an employee choosing to quit instead of accepting an undesirable work policy. However, there are still many workers who can’t wait to leave but have not left yet. However, some recruiters and analysts believe that the much-discussed move by a well-known professional could be a sign that more resignations will follow as RTO policies start to get adopted and workers start to hit back.

While there is no hard data to show that layoffs are increasing precisely because of the end of flexible work, anecdotes about employee layoffs are starting to trickle out.

“Companies are really starting to go back more, and at scale – so employees are having to really step back and decide if staying is worth it”, says Elise Freedman, senior client partner at Korn Ferry, a US-based recruiting company. “The other reality is that there are a lot of open positions out there.”

These two factors have led to a “crucial moment,” says Eric Anicic, assistant professor of management and organization at the University of Southern California, USA, and when workers take action, others are likely to follow. “Watching others – like colleagues, peers – and respected influencers – like high-level executives – get fired can be the last straw for some employees.”

Plans to return to the office were a can that many companies kept putting off, but the road finally came to a standstill, forcing both companies and workers to react. And in many cases they seem different.

“With much of the Covid-related uncertainty now lifted, workers may begin to act on the preferences they formed over the past two years,” says Anicich. “All of those things are going to be hard to uproot – even going from five days remote to three days remote.”

Clearly, not all workers have the same opportunities. While reports say that Goodfellow already has another job at Google, workers’ ability to transition to more flexible jobs will depend on a variety of factors.

“If you’re in this knowledge-worker class, I still see it as a pretty flexible time, and a pretty empowering time, to be in the economy right now,” says Anicich, since we are currently in a tough labor market in which many companies will compete for candidates, even if they are as young as the interns. The abundance of choice for many workers, especially in sectors such as technology and finance, allows workers to take action by leaving companies because of policies that do not suit them.

But while employees have more power, not everyone is in the same position as Goodfellow, with years of experience, very specific talents, and strong connections. An employee considering leaving must have in-demand skills in a sector that is actively looking for workers, as well as have options from companies that offer more flexibility than their current job. This can be a tight needle for some applicants.

Just as companies have been forced to adapt to remote work when they had no other choice, they may also have to adapt to this new, potentially permanent remote work landscape. “For many employers, this may be a difficult reality, but the old way of doing business is outdated,” says Rich Deosingh, President of the US District of Robert Half. “Retention is a huge issue for all employers right now, and if you take flexible work options away, your employees will be looking at other options.” 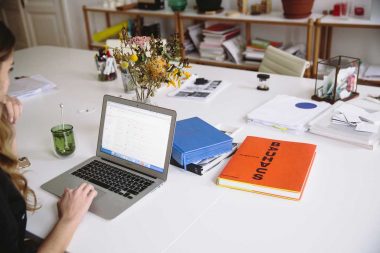